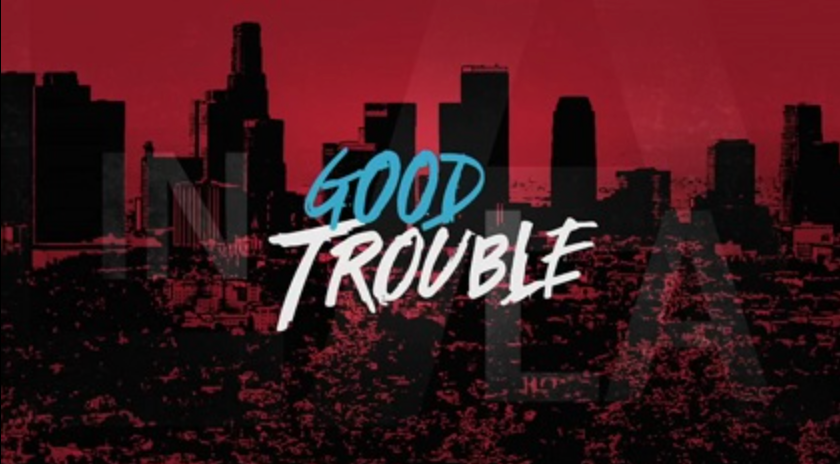 When I had the idea for this post, I didn't know there was a television show called Good Trouble. It's apparently a spin-off from The Fosters, which I enjoyed. Maybe I'll watch it sometime. If you've seen it and can recommend or advise against, please let me know. The show has nothing else to do with the post.

Near the end of almost every class I teach, I encourage students to write in a shared journal for a few minutes. I offer them four choices for what to write:

In one class, I gave a prompt connected to Elizabeth Acevedo's The Poet X, for which I asked, "What's something you did that was worth getting into trouble for?" Almost every student in the room said, "That's a good question."

After I patted myself (mentally, not literally) on the back, I thought about why they liked the prompt. In general, Hotchkiss students aren't people who get into trouble. They've played by the rules and colored in the lines their whole lives, and that behavior has gotten them on a path to here, which is itself a path to a better tomorrow, right? So why were they so excited to think about moments they've gone off-script?

Our students care deeply about their futures. The tricky thing is that sometimes wanting to do what's best for the future can mean doing opposite things. For example, one student wrote about hijacking the school's conservative newspaper to print an article that discussed being queer. The school's administration and teachers knew that the student was getting harassed after having been outed and did nothing to stop the mean/bigoted behavior. After publication, the student got into trouble with the school and with their parents. One could argue that the child was behaving against their best interest because they got punished, but one could equally argue that they were working for their best interest in bringing light to and helping to end anti-queer bullying. Bettering their short-term future would have gone against the long-term goal, so the student decided (and I agree) that getting into trouble was worth the act. Yay you, kiddo!

I put this young person in the same category as our country's brave civil rights advocates, marchers, and activists, people who've pushed and fought against every kind of roadblock, up to and including being killed for their beliefs. John Lewis, of course, coined the term "good trouble." He advocated making sure to rebel against the people who want to keep things status quo, to fight for what's right.

We teach our children to follow our rules, but we also need to make sure they can think for themselves and are willing to combat injustice. These goals sometimes contradict each other, so we need to teach them to make thoughtful choices. The difference between good trouble and bad trouble is that the former's consequences might be negative in the short run but improve life in the long run while the latter might be fun in the present, but do nothing to better the world.

What kinds of good trouble have you gotten into? How can we promote good trouble? Are there surefire ways to distinguish between the two? Please share your thoughts in the comments.