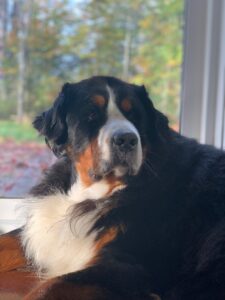 The photo above has nothing to do with today's post, but isn't Tuukka a majestic boy?

Last week's post got me thinking about the category of words and phrases I don't like, which got me thinking about "just." I first became aware that nothing good ever follows this four-letter word when we lived in the dorms. My telling a kid, "It's study hall, so you need to get off the phone," would be met with, "I'm just talking to my mother" or "I'm just finishing up" or "I'm just working out plans for my weekend" or "I'm just" any of a number of things that weren't doing what the student was supposed to be doing, namely not talking on the phone.

Justice (the concept, not the clothing store), on the other hand, I love. I'm a big fan of the idea that things should be fair. I like just rules and just plans.

However, I've noticed that any excuse that begins with, "I'm just" goes to places I don't believe in. I can think of several terms with "just" that leave me flat.

Overall, that's a lot of phrases that we'd be better off without. Think before the next time you start a sentence with, "I'm just" and ask yourself if what you're saying is an excuse for bad behavior. Is it? Just saying.