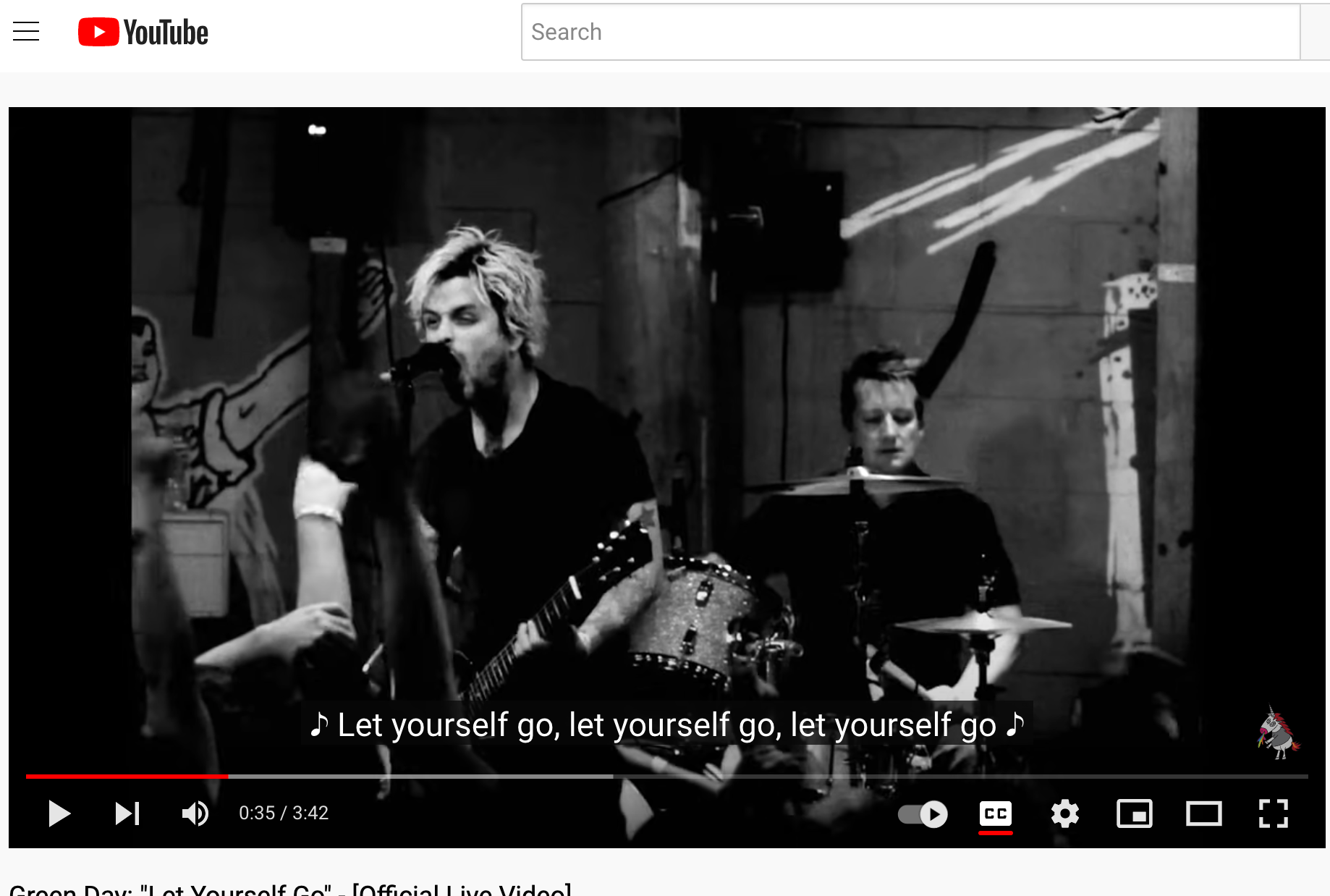 Did you know there's a Green Day song called "Let Yourself Go"? I didn't. Clicking the photo above should let you listed to it/watch the video, but I don't recommend doing that if you have or are near someone with innocent ears. It's got some salty language in it!

I looked up the title phrase because I've been thinking about how people use it to mean several things. Green Day uses it to encourage people to do whatever they want, regardless of the consequences. Angry? Punch the person making you angry in the face. Their message seems an irate cross between Elsa's "Let it Go" and Nike's "Just Do It" commands.

During the safer-at-home times, I heard lots of people use the expression to remark that they weren't exercising, ate whatever they wanted, and were pouring larger and ever larger tumblers of wine at night because, hey, why not? We're all wearing soft pants anyway.

The message I want to promote with this post has nothing to do with either of those. Mine is about showing up for events. Last year, the Lufkin Prize winner at my school (Hi, CHF!) gave an inspiring speech in which he advocated showing up for people. I know that when I don't go to events, it's often because I focus on two opportunity costs:

But his speech reminded me that showing up when people are doing something they care about and have worked on isn't about the show or the game or the concert. It's about the people. If we show up for others and witness their special moments, we build better relationships with them. If I allow myself to take part in their special moments, I become part of something bigger and more important. If I get less work done during that time or if I have to spend money to take part in such an event, I have to remind myself that that's what time and money are for. I need to let myself go.

On the day this post goes live, I'll be heading to NYC for an alumni and parent holiday party for my school. It won't be convenient for me to get there, as that city is over two hours from campus. I have diving practice in the afternoon. Exams start in a couple of days. I need to write comments. My Lower Mids often need my attention. All of that said, I'm so excited for the party, at which I'll get to see former students and current parents. I'll even get to travel with dear friends/colleagues, which should make for a fun voyage as well. As much as I like to be on top of my work, I'm trying to encourage myself to let myself go.

What do you think of letting yourself go? Please share any thoughts in the comments.